Subhas Chandra Sharma passed away peacefully on Saturday, February 8, 2020 at his home in San Marcos, TX. He was in the presence of his family and loved ones.

Subhas was born on October 3, 1929 in Lautoka, Fiji Islands to Balkaran and Ram Devi Sharma. He was preceded in death by his two elder sisters Padma and Prema.

He married Janice Parsad, daughter of Kalika and Gita Parsad, on June 27, 1959. In 2019, the couple celebrated their 60 year anniversary.

After a 30 year career with the Fiji Government, Subhas moved his family to Los Angeles, CA in 1979. He continued to work for another 28 years with Custom Control Sensors in Chatsworth, CA. Subhas retired at the age of 75.

In my memory, Uncle Sharma was a stalwart among his contemporaries!

In January 1959, I recall landing an entry level clerical job in the Fiji Government Medical Department.
In June of that year, when Aunt Janice married Uncle Sharma, I came to know that Uncle was working in the Lands Department , one flight of stairs immediately above my office. I recall visiting my newfound Uncle in his office for no official reason. I enjoyed getting to know this new relative in my life. In December of 1959, I resigned from my job for studies in Sydney, Australia.
In the short period of our acquaintance, he positively impressed me in a strong and positive way.

By reason of his employment he became a veritable Mr. Lands Department - his familiarity with land and property , sub-divisions, maps, ownership, lease, lease renewals and lease expiry and issues of courts dealings people had with property ownership, were all filed in his memory.
His mental prowess in this regard was such that nothing much happened in the department without his knowledge and say so. He had great recall of all official land details - what a memory!
I witnessed him in action in his office. Many people who had land issues found relief when Uncle handled the matter.

We will all miss Uncle.

With deep sympathy and heartfelt condolences.

Our family is truly sorry for your loss. We hope you all can look back on the memories you made together and it will always bring a smile to your face.

Janice, Sunita and Natasha ..
Shon and I are so very sorry for your loss. We love you all so much, and are so grateful to have Natasha as our daughter-in-law.
Love,
Jani

Our deepest sympathy for your loss and also to my cousins. Thinking of all of you as you go through this painful time. You were all blessed to have had your dad in your life for such a long time.
Uncle Sharma was very much his own person, of course, at 10 years old I was petrified of him when Pinky and I came to your house.
came to your house! Yet, he never said anything to make me feel like that but his presence was enough!.
I have fond memories of spending time with you, Aunty Janice when you got married, the singing and dancing until uncle came home!
He has been in our life for a long time and will be missed.
I will never forget my father crying when you got married, It was the most intense reaction I have ever experienced by a brother at his sister leaving the house. He loved you with all his heart.
I wish you strength and peace as you go through the next few days.
Rest in Peace Uncle Sharma
Love you and thinking of all of you
Roshni (Pinny Kalika) Sinha

Janice and Family
Our thoughts are with you.
Deepest Sympathy and much love.
God Bless.
Kathleen. West Australia.

My condolences for your loss. I wish the family all the strength to go through these trying times. Godspeed.

Janice and family, please except my condolences for the loss of your loved one, know that I’m thinking of you. 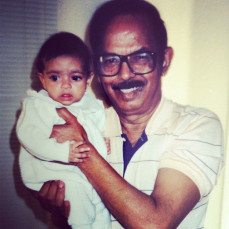 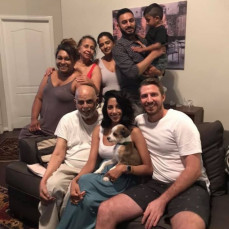 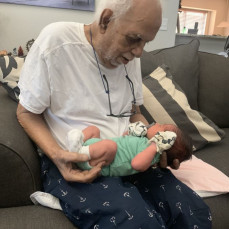 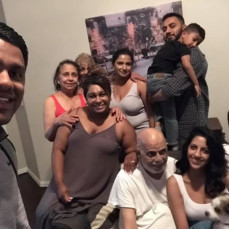 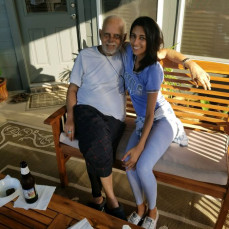 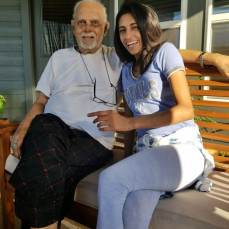 The attached photos are added to the memorial of Subhas Chandra Sharma to help share their legacy.

You will receive a notification text whenever there's an update to this obituary.

Thank you for sharing your memory of Subhas