Phillips early childhood was spent traveling the world with his family, accompanying his father on international construction projects. He lived the majority of his life in Texas, graduating from high school in Burnet. He then entered the United States Air Force and served six active duty years. He attended Southwest Texas State University, while being a reservist in the U.S. Air Force, graduating with a Bachelor of Science in Environmental Science. He worked for the City of Austin for fourteen years. While working for the City, Phillip enlisted in the United States Coast Guard Reserves and later attended Officer Training School. During his time in the U.S. Coast Guard, Phillip took part in Deep Water Horizon and Hurricane Sandy Relief. Phillip retired from the U.S. Coast Guard with twenty years combined service, as a Lieutenant. Phillip continued serving the City of Austin until his passing.

A visitation with family will be held at 1pm Saturday, January 26, 2019 and the Celebration of Life will begin at 2pm. Reception to follow.

In lieu of flowers, we ask that you consider a donation to Veteran Outdoors, an organization that Phillip dearly supported.

Lit a candle in memory of Phillip Lee Houlton

Phillip was a fine gentleman and very easy to work with. He always had a kind approach in working through sometimes difficult situations with me in the field. He is not gone but will live in each and every heart that he touched along the way.

I had the honor and privilege to serve under LT Phil Houlton at Sector Houston-Galveston and became friends with him. He was a great leader - he cared very much for his crew and was supportive of them. Always a prankster, he got me wound up,as his Chief Petty Officer, only to enjoy watching me go crazy. He had a great love for Kat and the little General, as well as for all his family and friends. The world has a void left by his untimely loss that can never be filled. Fair winds and calm seas LT Phillip Houlton Jr. You will be missed, but never forgotten my friend.

I was shocked to learn of Phillip's passing. I only spent time with Phillip when he was young and his mother would drag her three babies to Missouri/Kansas to visit extended family. Nevertheless, we are cousins and the loss hurts. My thoughts and prayers are for his wife and son as I did not know them. I do not know how strong they are and they need their strength now. I know his mother, Shirley, raised three amazing children and Phillip's sisters can weather this storm. Stay strong and remember the love you shared. Much love to you all from the Venable (Dooley) family in Kansas City.

How very sad I am to have lost one of my sons. He was such a dear soul and so very considerate and helpful to me. Kat and Lee, he was loved by many.

Phillip (PJ) to me was my nephew and he called me almost every Friday when he was off. Just to talk and check up on his family down our way. Conversation always turned to his mom and dad. I believe it was his way of keeping them close to him. He loved them both very much. He was always interested and helpful to us whenever he could be. I will miss those calls and Him period. He was a very good nephew. 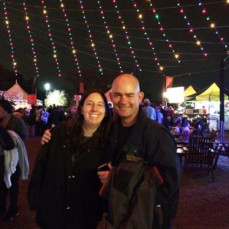 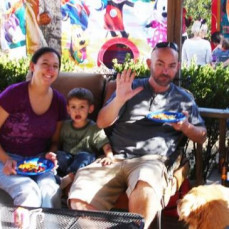 The attached photos are added to the memorial of Phillip Lee Houlton to help share their legacy.

Thank you for sharing your memory of Phillip